The works have been donated to the town of Lanciano by Paglione, who in the last twenty years has given more than two thousand works of art coming from its personal collections to several museums in Abruzzo. Alfredo Paglione, who was born in Abruzzo, is one of the most important post-war art dealer. His donation has given new life to  the museums of our region creating a relation among them thanks to the idea of ‘Culture of the Imagine’.

The exhibition is characterized by different themes and unique languages.  Carrol’s paintings show elements and suggestions  related to the time, a journey  into memory and subconscious; in Carmassi  the metamorphoses of the Minotaur, knights and young girls  hiding their face behind turbans and fabrics; in Orellana the unreal and absurd characters which populate the theatre where his performances are staged; flowers and fruits suspended in the emptiness of nothingness and girls lost in  their dream world in Bonichi’s paintings. Theatricality is the common theme of these art works. Carmassi e Orellana put on canvas violence, tragedies and enigmas; Carroll doesn’t want to surrender to the advancing inhumanity and Bonichi accepts the truths of existence with sweetness. 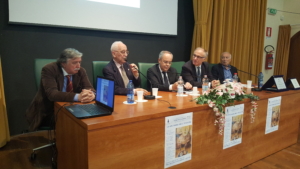 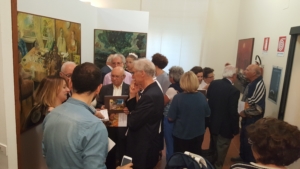